I’m sharing five memorable images from 2011 this week. Here’s the third of the series. 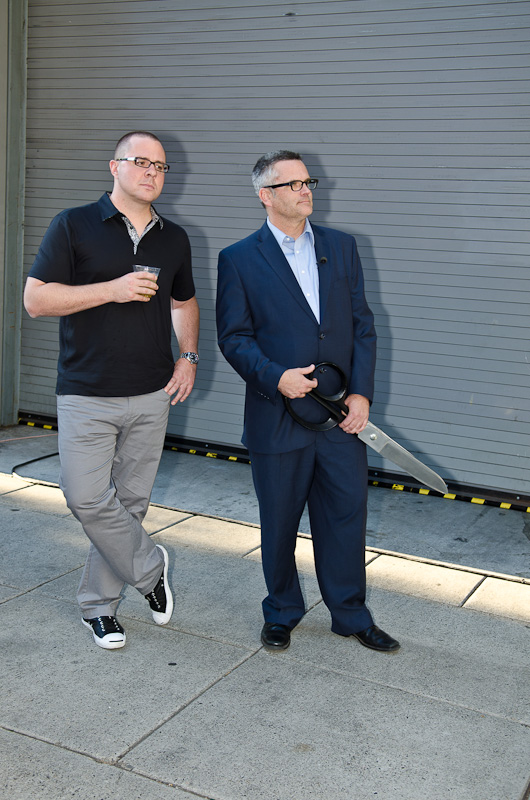 September marked the public launch event for the Portland Incubator Experiment, a startup incubator being operated by Weiden & Kennedy. As the event began, I noticed Urban Airship CEO Scott Kveton and Portland Mayor Sam Adams standing to one side of the stage just before the ribbon-cutting festivities. In addition to the PIE launch event, I’ve been making images over the past several months of the various startups operating in the PIE space as part of a personal project. I look forward to sharing the results of that effort early in 2012.