I’ve had around 30 photos featured in Flickr’s Explore section, which showcases the most interesting 500 photos submitted each day. When one browses Explore, there are some obvious patterns, topics, and even colors which seem to come up frequently. Certain types of photos do well.

One of my more popular images is Under Dolores, a photo taken while looking through a culvert/walkway underneath a railroad yard in Los Angeles. The Flickr-ed image is a departure from the out-of-the-camera shot and I thought it might be interesting to take a quick look at the process:

First, as from the camera: 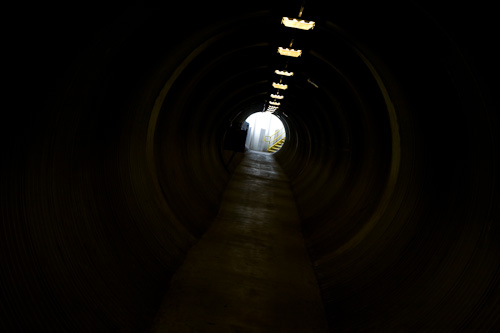 After adjusting the exposure: 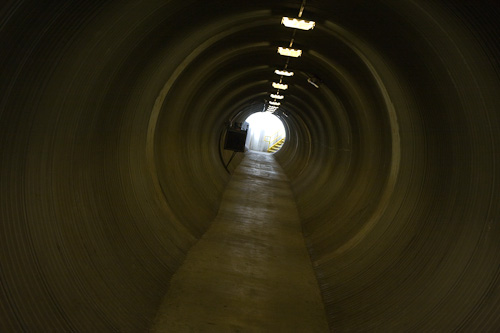 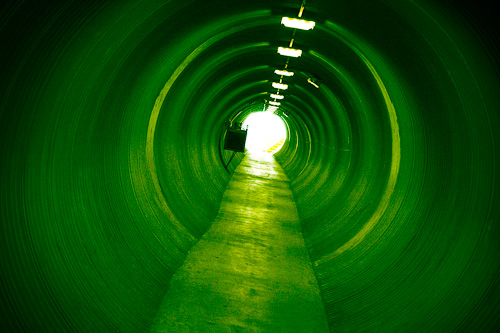 Was the image altered? Heck yes. Did I alter the image specifically to give it more pop and make it an eye-catcher? Yes.

Is that wrong? There’s the debate. Personally I have no problem with folks who adjust images to create something new. I’m not trying to pass it off as some accurate representation of reality, but rather as a piece of art. Most of my photos aren’t altered this heavily, but this one seems to lead to a lot of conversations, so I thought I’d post a bit about how it got to the final state.