I’m sharing five memorable images from 2011 this week. Here’s the final image of the series. 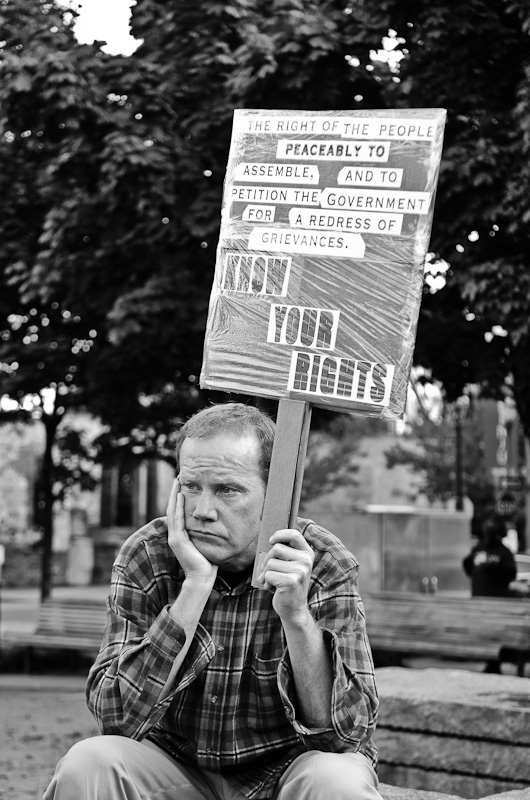 The Occupy movement drew attention across the nation this fall and Portland was no exception. I photographed protesters and police a few times (including the night of threatened eviction). This image stands out as one of both visual interest and emotional interest. Photographed during the one-day occupation of Jamison Square in Portland’s Pearl District, this man seems rather apathetic to his surroundings.